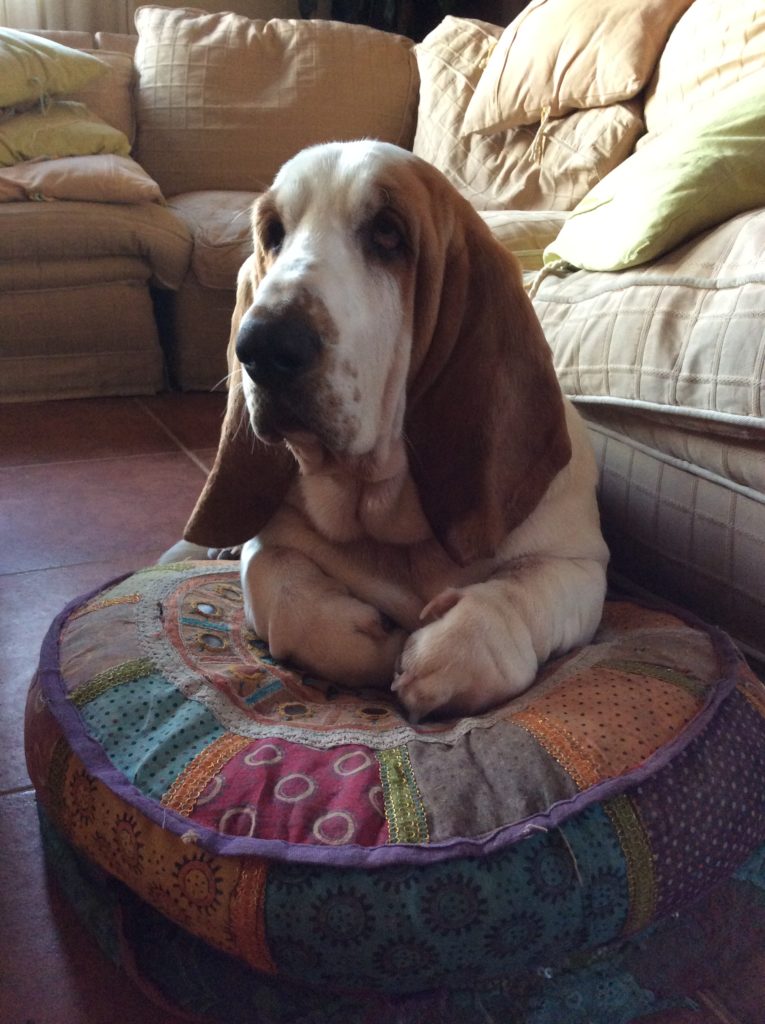 So you know my firm declaration of last week? It didn’t quite work out that way. Pepe, our puppy, and I were home alone the following night, and I woke up in the middle of it. I don’t know what exactly awakened me but I found myself unable to sleep and really worried to see how shivery and unwell Pepe was.

It turned out that the most self-loving thing, as it always is, was not to try to change anything about the way I was feeling, but dive deep into the sleepless irritation. In other words rather than resisting the feeling, letting it overcome completely and being open to whatever is in store no matter how painful or uncomfortable it might feel.

I had established previously on that day that all the annoyances I had been feeling – the way my dad organizes his home and my friend not looking after herself – were all connected in a way that they were all reflecting the same issues within me, i.e. things being chaotic at work and me not having time to pamper myself. On top of that there was an irritation that my dog was not feeling well (thinking it was a reflection of how I was feeling). Diving deep into this at night, surprisingly, revealed that everything was connected but at a much deeper level.

I approached the situation in a meditatively questioning manner. What was there to learn from the way I was feeling? What was the connection between my father, friend and puppy’s situations? What was the memory or past experience that was seeking to complete itself and become full through this? And then it hit me.

It washed over me like a giant cold wave – a realization just how absolutely in love I am with our puppy, how much joy he is bringing into our lives, how much it was hurting me to see him in pain and unwell, and how enormously I was afraid of losing him. As I allowed this to sink in, I was overwhelmed yet again with the realization that I had the exact same feeling about my father and my friend. Suddenly, I realized that with all three I had been at some point threatened about losing them. My friend overcame breast cancer last year, and I was surprised to discover all the residual angst, frustration and even anger that were still there left over from months of quietly worrying about her and really really wanting her to get better. My dad has had a string of dis-eases throughout his life that used to make us worried about losing him. For many years the most horrible thought I could think of was something happening to my father – a man so amazing that none of my boyfriends could match until I met my husband.

So here it was, the truth that not only all of this was connected, but that in fact my puppy’s limpy leg had an incredible offer to unearth all other situations when I had previously felt the same way – at loss with the fear of loss. Once revealed, such subconscious and suppressed memories can no longer affect us in the same uncontrollable and mysterious way. They become thoughts that I can choose to have or can replace with something else altogether. So I allowed myself to forgive myself and my friend for the difficult year of her being unwell, and I recreated and reimagined a particularly difficult memory of when I was worried about my father to something enjoyable and fun. Shortly after, I was fast asleep.

And as for Pepe, he is back to happily running on all-fours after us around the house, sticking his nose into garbage, and of course taking his daily self-loving naps in the sun.