Home Tuning in to switch off

Tuning in to switch off

We have been on holidays in Argentina and Brasil for nearly two weeks now, and it has been absolutely wonderful. The only trouble was that I spent the entire first week unable to switch off and really relax my mind. It kept running through the list of things outstanding at work and returning to a number of tight deadlines that would be coming up right after the holidays. This was partly a result of work feeling like a pressure cooker in the last few days running up to the holidays, but also because the organisation I work for is currently in what I would describe a vortex of chaos, as it’s going through a transition and multiple changes. The last day before holidays, I genuinely felt annoyed and dissatisfied with everything that was on my work to-do list and everything that remained on it when time came to leave for the airport.

But while the dreadful thoughts about having to return to work kept circling in my mind, it seemed, that it was only part of the issue. Our holidays started, and I kept feeling this nagging resistance to everything that in any way – no matter how small – felt like a task or something that I had to do. And I mean everything, including things I normally really love – new e-mails from friends appearing in my mailbox and requiring my response; fun activities which I would agree to do on the next day and which I would immediately feel annoyed about as I would have to wake up earlier for them;  postcards I bought during our trip which now meant I had to write them. As the days kept ticking by, I continued to feel anxious and antsy with mounting internal pressure that I had to relax – after all, this was a holiday that we had been planning for a long time. I even started craving for processed sugar snacks which for me is something quite unusual after living without them for the last two years.

The worst part of this whole inner struggle was that it felt somehow more exaggerated because it was such a stark contrast from what surrounded us, as we made our way to the North of Argentina and Brasil. I was seeing and experiencing some of the most beautiful things that exist on this planet. We explored the gorgeous Iguazú Falls and the stunning rainforests around them. I admired clouds of butterflies that would land on my hands and open their wings. There were all the new animals and birds to meet and get to know – cute coatís, tucans, araras, yacarés and kapybaras (it has been a lifelong dream of mine to see them up close since my dad told me about these guinea pig-shaped world’s biggest rodents when I was a little girl). The place where we stayed in our beautiful cabin in Los Esteros region of Argentina for a few days offered breathtaking peace and purity of nature. We had walks, rested, ate delicious home-cooked meals, and took a night trip on a boat under an infinitely starry sky to explore the laguna and see the nightlife of thousands of animals living in Los Esteros.

And yet here I was restless and unable to be fully present to all that was around us. I kept trying to find the root cause, some memory or a situation in one of the past jobs – anything that would explain why I was feeling this way. But nothing really happened, and while I remembered feeling similarly in the past, it just wasn’t “it”. Until a massive rain storm woke me up one night. The sound of thunder and falling wall of water was accompanied by a choir of frogs just outside our open window. And here it was, just as loud in my mind, an answer to what I had been looking for – the memory of the day to which my mind had been subconsciously trying to bring me back.

I am five and I am in the kindergarten. It’s time for our daily nap break, which is when our play area gets converted to a war-hospital style arrangement of beds that fold out of the cabinets in the walls. Some 20 of us, kids, have to line up in them and sleep for some time every day. I am in a bed which does not feel particularly comfortable with crispy white sheets that feel different from those at home. It’s the middle of the day and the room is bright and full of light. I don’t feel sleepy at all. I spend some time staring at the window and following with my gaze those transparent microscopic floating “worms” that appear to move every time I move my eyes. Among the sound of some kids already asleep, there are some that are continuing to shift uncomfortably and cannot sleep, like me. I start a whispery conversation with my neighbour who I think is sleepier than I am. The kindergarten assistant, or “nanny” as we used to call her, appears suddenly, unhappy about me disturbing the peace and not sleeping. My protests and explanations about not being sleepy fall on deaf ears, and the negotiation is not moving anywhere. I ask her to go to the bathroom partly because I need to go but also because I know it would shorten the nap time by at least five minutes. She gets annoyed with my refusal to obey and do as I am told, so she takes off her slipper and slaps with it my bottom under the covers. I am left alone to cry and soothe myself. I feel so angry, misunderstood and forced to do something that I absolutely do not want to. The “worms” in the window appear blurry through the tears for a while, and then I fall asleep.

Thankfully, I had parents enlightened enough to listen seriously to the five-year-old me sharing this story at home, and I got withdrawn from the kindergarten immediately. I spent the remaining months before first grade at home, often on my own, free to enjoy my fairy tale books.

Surrounded by the rain and frog songs, I spent some time sitting in meditation with the little girl in this memory and rearranging it in such a way that felt complete and peaceful by the end of the meditation. I woke up the next day with absolutely clear mind, feeling like all the weight of that nagging tension was completely lifted off. Work troubles felt distant and manageable when I would need to deal with them. Gone was the pressure of having to do something I didn’t wish to do. I felt free, relaxed and ready to enjoy the rest of our holidays. And maybe even have a few naps, but only when I want to. 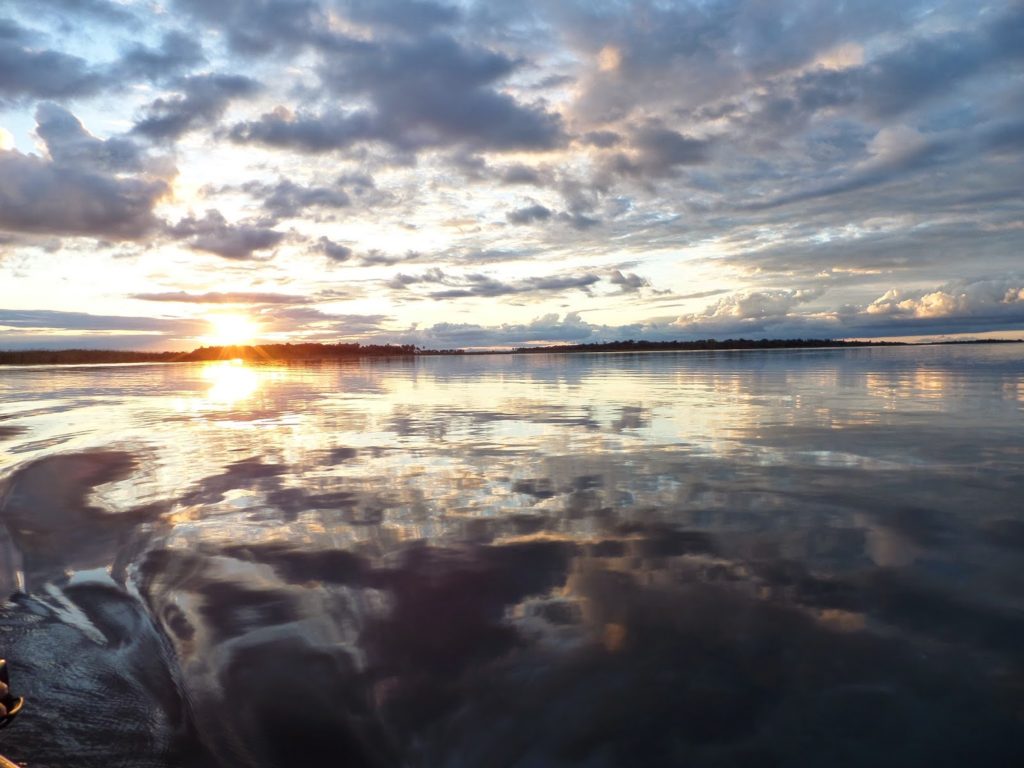