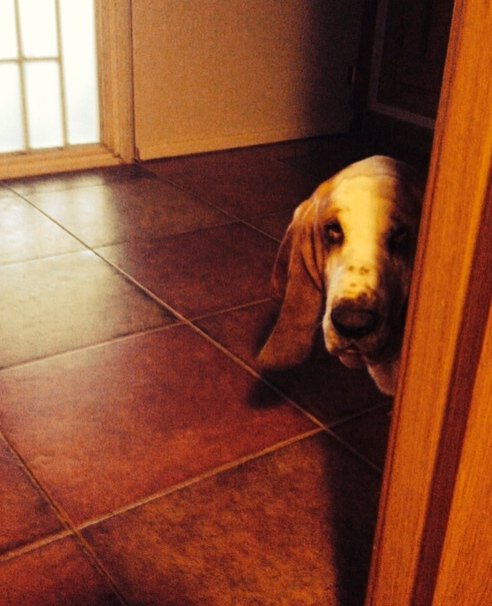 Over the last week or so, I had a strange experience of feeling just a little bit … mean. For a few days I felt anywhere from mildly irritated to annoyed at least once with pretty much every person I came in contact with. And it wasn’t so much the irritation itself that bugged me the most, but the fact that my response to all those situations was becoming sort of unpleasant and a tiny bit … mean.

Although I strongly believe that other people with qualities we feel we don’t have only reflect those qualities already present within us (otherwise how would we recognise them in the first place?) and that meeting such people should only inspire us to become more fully ourselves rather than want to be more like them, there are days when it seems I want to be more like some people I know. We all have met them, you know, those people that might have crossed our paths for only a brief instant, and that day or those moments of being with them were so magical because the other person just seemed so amazing (although we will never know if that person is always like that or whether it was just a particularly good day for them). I have definitely met people like that – a smiley girl in a summer camp ten years ago whose name I don’t remember anymore but whose constant jolly chatter still rings in my ears; Cristina, one of our new pregnancy class instructors (yes, it’s our new little project for August!!!) who is just a beautiful dimple-cheeked embodiment of femininity and who upon meeting us for the first time, gave us the biggest kiss on the cheeks as if she’d missed us for years; my husband who can irresistibly laugh even at the least funny jokes of strangers and make them feel at ease and welcome; the list goes on! We all know those people. Well, had you met me last week, I would have definitely not made it to the list of people you would have wanted to meet again.

It seemed that nearly in every situation where I was interacting with my fellow human beings I felt a bit distant, hesitant, closed off, and just a bit of a meanie. When we went to our batucada class, I felt weird and awkward for being the only one not to eat gluten-and-other-things-filled birthday cake of our teacher. Normally, it would not bother me and I can refuse things quite gracefully, but on this particular day I felt a bit mean just thinking to myself that perhaps everyone else shouldn’t be eating it either. When I also refused wine and everyone found out about our pregnancy news, I was stunned by the sudden outburst of joy from the entire group. Despite being so beautiful, it only highlighted the contrast between their genuineness and my social clumsiness in that moment. It was suddenly as if here I was gluten-free and not one of them.

Then we went to the pregnancy class and my already present irritation got only worse when we found out that Kristina, a.k.a. the goddess of femininity, was not going to lead the class that night. The new instructor tried. She really really did her best to liven up a slightly flatly-disposed group that we all were that evening. She smiled and chatted away trying to fill in the gaps, made exaggerated noises and twisted herself in every position imaginable to prepare us for birth, she asked questions in a jolly way and laughed at her own answers. But the more she tried, the meaner it all made me feel. I constantly felt like rolling my eyes, contradicting and correcting her, or the worst – silently looking at the carpet and pretending I didn’t hear her questions. I left the class full to the brim of ‘oh my god, did you see how she…’ type of comments which, irritatingly, my husband did not really find entertaining for longer than a few polite moments of letting me vent.

Then there were my work colleagues. Nothing really happened as, thankfully, last week I worked from home, but I even that felt like a smug and slightly mean thought – knowing that I could switch them off at any moment by closing my laptop.

Early on Saturday morning when I was on my way to my natural eyesight improvement course, I realised that this snappy snake behaviour had to stop. I was about to meet up with a group of lovely people that provide me a month-worth of inspiration every time I get to meet them, and I really wanted to feel open and relaxed and enjoy the two days ahead. So as I was walking through the rain and cold to the bus stop, I asked myself what this was all about and whether there was a particular memory that wanted to emerge to be observed and made whole again.

Instantly I was brought back to my earlier self at the age of six on a metal-framed squeaky bed in a bleak hospital room where I spent a few days after a hernia operation. My parents did their absolute best to make that gloomy environment a little more comfortable during my brief stay there. To this day my dad bringing me books and a white wind-up rabbit toy (and looking slightly embarrassed that perhaps he had underestimated my age) remains among my sweetest memories of him.

Among the very few entertaining things about the hospital were the fascinating illnesses that the other children hospital had. In addition to a girl that had nearly entire body in a cast, most vividly I remember another girl who – for whatever reason – as part of her therapy could only walk on all fours. I don’t recall what must have happened exactly or much of the dynamics between all of us kids. I don’t even know what triggered a particular situation that I recall most clearly, but I must have felt very hurt and angry. Something really really mean and unfair must have happened or must have been said to me by the girl walking on all fours. I just remember angrily retaliating to her that in that case (whatever it was) I wished that she stayed the way she was – walking as she did. Although I am sure we quickly, as kids do, made amends during the rest of my time there, deep in my mind and soul, for years to come this remained as a striking proof of this deep inner meanness that I was capable of. That and a doubt that perhaps this was only the very tip of the iceberg and that if really pushed, I could respond with something much more horrible and ugly, which for now was silently lurking inside and waiting for the right dark moment. You know, like they show in horror or news stories.

By the time I approached the bus stop, I had allowed myself some space and time to relive that memory and to change it in such a way that the two girls of the past went on separate their ways, physically healthy and filled with love and forgiveness. I sighed with relief of feeling more like myself, hopeful again that perhaps someday someone might also see me as one of those people.