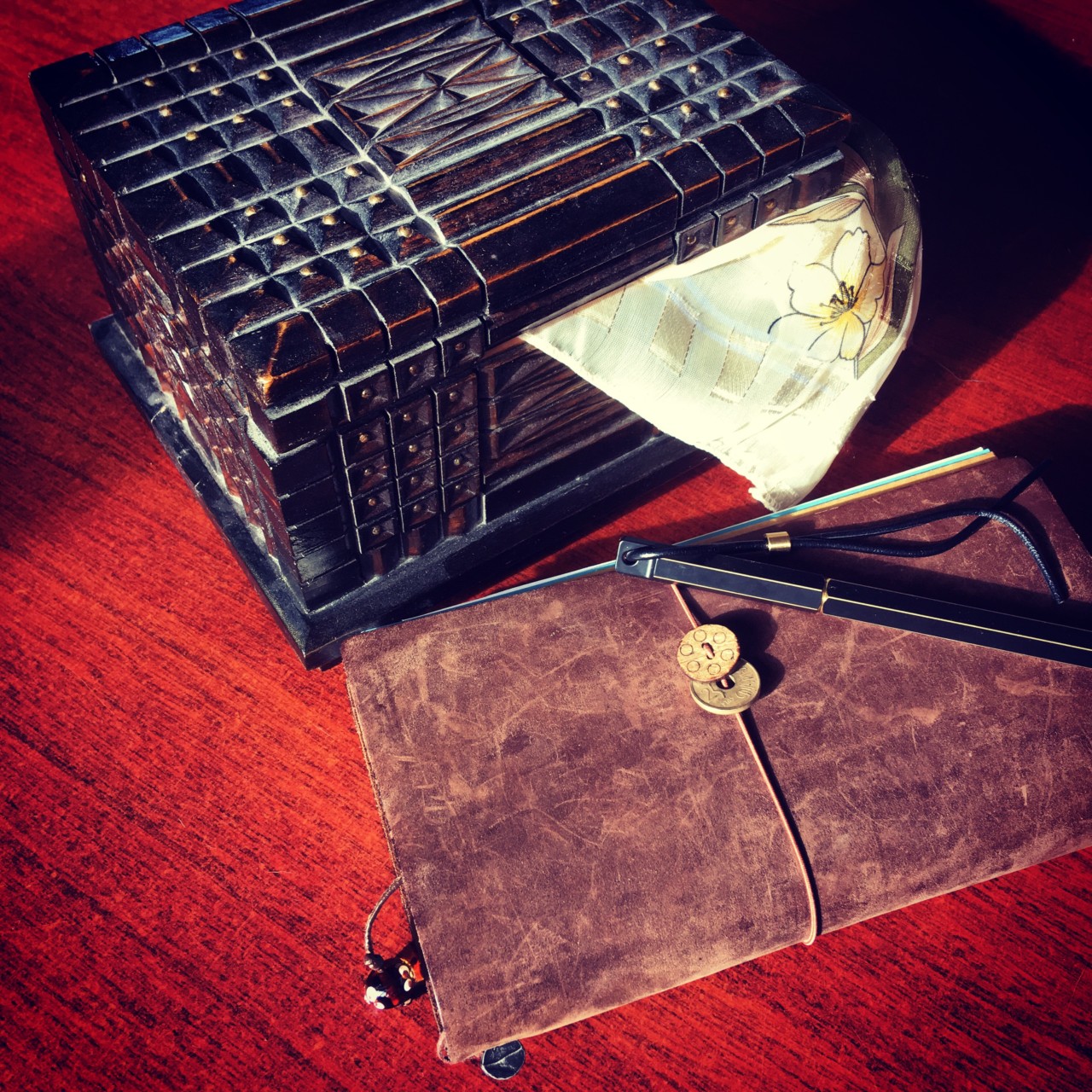 There is this old dusty wooden box in our home that can only be opened on New Year’s Eve and during the first few days of January. You see, it stays shut in order to allow the ✨magic✨within to ferment, brew and conjure up all the necessary atoms and other wondrous components.

Our tradition has it that each year we open the box on New Year’s Eve and one by one read out loud all the wishes, desires, plans and intentions that we had written a year ago. How delightful it is to revisit, revise, reflect and giggle about what did or – often thankfully – did not happen! After each note is read, the person who wrote it can decide whether they call it complete or want to roll it over to the New Year. When they are all read, the complete notes are sent off with gratitude to our fireplace and the rest can be returned back to the box. During the first week of January we add new desires, ideas and wishes. And then it is officially announced that the box is now closed until the next December 31st.

The box and a little flower scarf that was in it must be about 40 years old, as they both belonged to my grandmother. Nobody can quite remember exactly how it ended up in our home after my grandmother passed away. But that’s what its role has been since then – the guardian of wishes and desires. I don’t claim to know everything about the mechanics of ✨magic✨but yesterday we burned as complete all but three notes. And now it’s time to get writing again!